Well. Looking at the last oh month and a half of posts, and decided that there definite changes that l need to make. So with that, I am officially moving this idea of a blog to cr8ivewanderings.com

This has been a really busy week for me. Hoping to get back to regularly scheduling posts next week.

Wow. It really is amazing how time flies when you least expect it to. This time last year everything was going ok. Then I get hit with a whopper. It started when I was coming home from grocery shopping late afternoon. I felt my knee give out a bit, but “shook” it out. Continued my day but noticed as I was playing on my laptop, I was having issues using my mouse. I shook that off with the thinking that my carpal tunnel was acting up. So I spent the rest of the night trying to rest. I even went to bed early. Slept the night and woke up the next morning still feeling weird. Asked my father to take me to urgent care.

That’s when the fun really began. While getting examined, the nurse was observing me and made the cracked decision to send me to the hospital. Here I was slightly confused and still able to somewhat walk but of course they wouldn’t hear of it. So off I go to the hospital. It was there where I heard the dreaded word…STROKE.

Wow, it’s really been awhile since I’ve looked at this. So much has happened in that time. SO with that in mind, I am Officially calling for a revamp of this. I am not only looking for a new “look” but a new vision for this site. Looking forward to seeing you again.

Really two school projects where he’s featuring in.  I needed a few head shots for my digital imaging class sooooooooooooooooooooooooooooo… guess who got volunteered?  He really is such a sweetie when it comes to my work.  I couldn’t find a better test subject..oh I mean model.. or helper, or oh well. 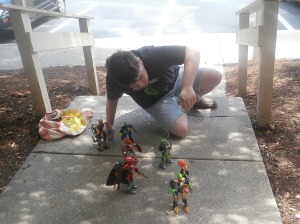 Yeah I know only 2 days till it’s due.  Hey, have I ever steered you guys wrong before?  Here’s the story behind my project:

“The Budding Film Maker” is about a young boy who aspires to be a film director.  He starts off working on stop motion film using Legos.  We start out watching him work on a location scene for an upcoming film.  Observe as he attempts to properly set his “actors” into locations that will eventually become a part of his film.  His work and trials are many but in the end, his movie will be made.  Over time as he gathers his shots, he plans to work on his effect, voice overs, and sound track.

Over the next few weeks and months he will take and retake his shots as he strives to make the movie he hopes that people will like.  There have been some challenges faced already.  Noncommittal voice actors, uncooperative producers, and equipment technical problems are just some of the problems he faces.  There are several others as he races deadlines that seem to loom over his head.

He knows that he can complete the project on time and on budget.  It takes perseverance and drive but the young film director will make his glorious debut and be the talk of the town.

Starting with his prior indoor shots, we’ll see as he completes the shots then processes for the day.  Finding that there have to be several reshots to do, he works diligently on his actors. When some decide to not be as cooperative as others, he finds that recasting might be needed.  Moving onto other scenes, he quickly finds that others are working with him to help his work.

After the hard work of filming, he painstakingly goes about piecing together the various shots into one coherent film.  He finds though that some editing requires more work.  In the end, the movie is completed and ready to share. 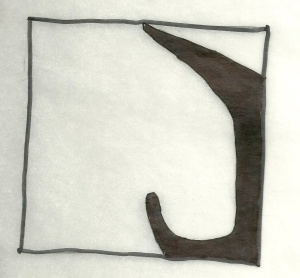 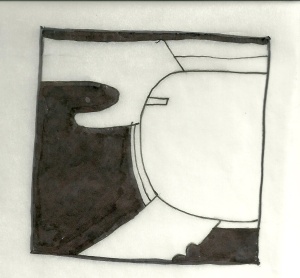 I am now highly convinced the Adobe Illustrator is the root of all evil.  Creating anchors and paths need to be banned. Of course it might be me but I don’t think so.  Tutorials aren’t helping, either.  Ok now that I got that off my chest, I think that I just might cry.  It’s been almost a week and I’m still nowhere near finished.  Can’t we say panic???????  I’m trying to figure out something so it might be awhile before I finish.  I’m looking forward to the next project.  At least I can sort of breathe easier.

I am just trying to work things out.  I can create somewhat (ok in my mind simple) things in Illustrator, but recreating my previous work, I have no idea what I’m doing.  What I need to do is stop and take a break and remind myself to get more classes in illustrator, oh and maybe also a tablet for my computer.  Drawing with a mouse not working out for me.

Ravings of a Ravaged Mind
Create a free website or blog at WordPress.com.